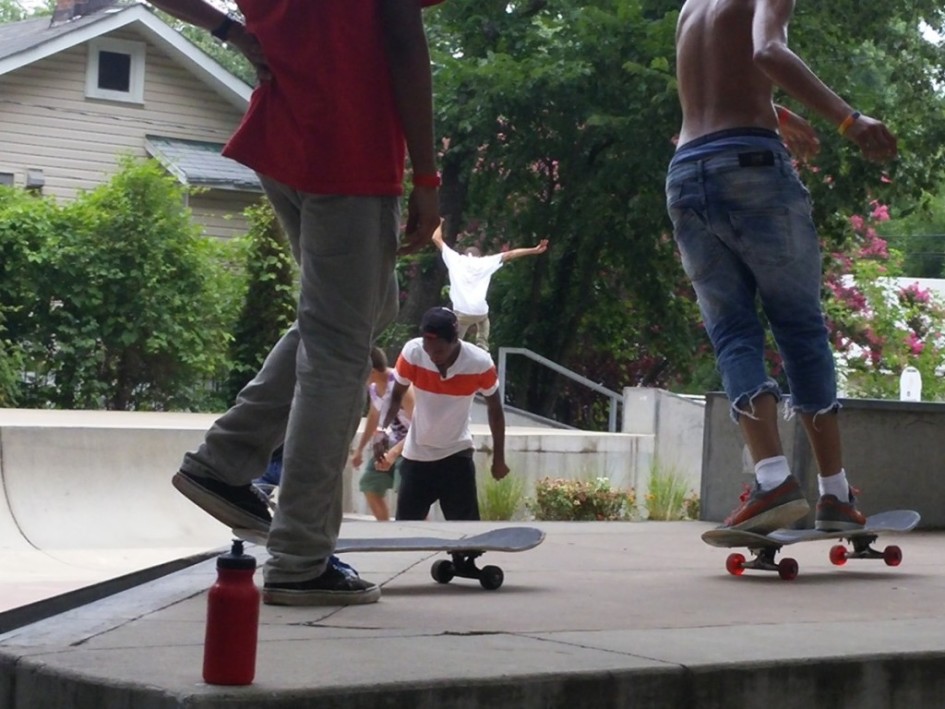 BY REBECCA BENNETT — Anyone who wandered into the Mount Rainier Skate Park at Otis Street and Wells Avenue on July 18 knew something special was going on.  Local residents from Mount Rainier, Hyattsville and surrounding areas looked on as a dozens of skaters practiced tricks during the Southside Music & Skateboarding Series.

In its third year, the event had approximately 170 attendees. Event organizer and Red Dirt Studio co-director J.J. McCracken said the event itself grew larger by partnering with more people, but the series scaled back from three events to one.

Nearly 50 skaters competed, who mostly ranged from 7- to 24-years-old, according to organizers.  The kids could compete for free and can win a total of $1,000 cash and other prizes.

“The idea is that they are rewarded through their creative expression through movement and their work ethic of practicing their craft,” McCracken said.

Click to read the full article in Hyattsville Life & Times

Theme by Anders Noren — Up ↑